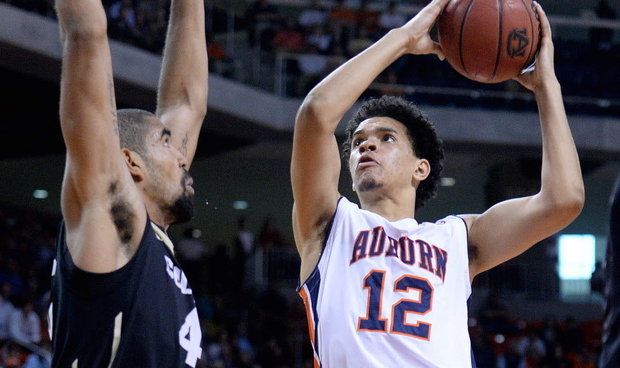 The graduate transfer from Providence was named the best all-around player and winner of the Paul Lambert/Tommy Joes Eagles Memorial Trophy. Harris averaged 13.9 points and 7.7 rebounds per game last season. In arguably his best performance, the big man posted 21 points and 11 rebounds in the upset over No. 13 Kentucky as the Tigers snapped an 18-game losing streak to the Wildcats.

Spencer led the team with 65 blocks and was given the Outstanding Defensive Player award and the Most Improved Player Award. Brown became a star by averaging 10.1 points in 24.7 minutes per game and earned the Sixth Man Award and the John Mengelt Free Throw Award. Brown shot 82.6 percent from the foul line. His 78 3-pointers set a school record.

Jordon Granger was also honored twice, earning the the Sonny Smith Outstanding Teammate and the SEC Community Service Team. Granger played multiple positions on the court for the Tigers in his final season.

The Iron Tiger Award went to Cinmeon Bowers, who averaged 10.5 points per game and ranked second in the SEC with 9.6 rebounds. He recorded 13 double-doubles, which ranked third in the conference.

Harris wasn’t able to attend the banquet, but shared his gratitude on social media.