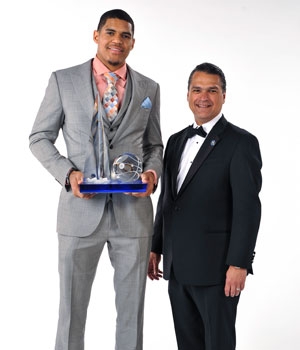 Each year at the Gala, the OMYF honors a player who has dedicated his efforts off the court for the purpose of enhancing other’s lives. A panel of representatives selects the player. In addition to receiving the award, Harris will be granted $50,000 from the Richard and Helen DeVos Foundation to donate to the charity of his choice.Harris has consistently volunteered his time off the court and to the Central Florida community supporting the initiatives of the Magic’s community relations department, the Orlando Magic Youth Foundation and the NBA.