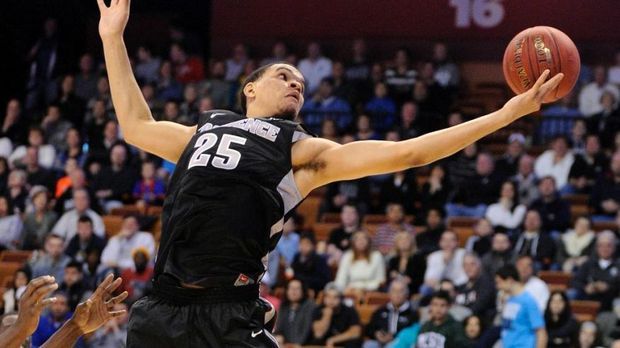 Bruce Pearl has netted one of the nation’s top graduate transfers as former Providence forward Tyler Harris announced his plans to play for Auburn today.

He is expected to arrive on campus next week after graduation Sunday.

“I knew that Bruce Pearl would be able to put me in a position like my brother was able to play in,” Harris told The Montgomery Advertiser. “I feel like Auburn was the best school for me to be at. I feel like I can help the team a lot to reach the ultimate goal: winning games, get into the (NCAA) Tournament and winning championships.”

The Dix Hills, New York, native visited the Plains for two days last month and has since been in regular contact with Pearl and assistant coach Chuck Person, according to Rivals.

At 6-foot-9, 232 pounds, Harris adds experience and a big body to a team depleted of height in 2014-15. He spent one season at North Carolina State before transferring to Providence, where he averaged 9.9 points and four rebounds per game as a senior. He led the Friars to consecutive NCAA Tournament appearances.

Harris has one season of eligibility remaining and will be available this upcoming season, pending a graduate transfer waiver from the NCAA. He joins a 2015 recruiting class that includes guards Bryce Brown, TJ Dunans and New Williams and elite forwards Danjel Purifoy and Horace Spencer.